A lot of us are using LUTs (look up tables) in almost all our video editing and 'live streaming' should be no different particularly with the growing use of LOG profiles in DSLR cameras. It would be a HUGE bonus if a feature to both import/store a number LUTs to throw over footage with just the basic controls (see image below) e.g Mix amount, Contrast, Saturation, Highlights, Mids and Shadows and include a check box to either Record to Disk clean (without LUT) or processed signal (includes LUT). This would be a HUGE game changer I recon, and please include this in the studio (not Pro) version 😊. 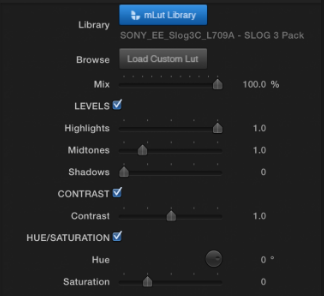