Why does Screenflow default to offering to add new recordings to document "untitled" (a document that does not exist)  instead of ones that do?

All too often I've forgotten to change it to the document I want, and lose my recorded clip as it does not create a new "untitled" document for the clip I recorded.

When I quit, it does however ask me if I want to save the non-existent "untitled" document.

If I do save non-existent "untitled", there's no recordings or media files in it when I open it.

I combined two screenshots below. You can see where it offers to add the new recording to  "Untitled", but under Windows menu in the menubar there's no "Untitled" document.

Shouldn't "Add to Document" only list documents you'd see under the Windows menu in the menu bar? 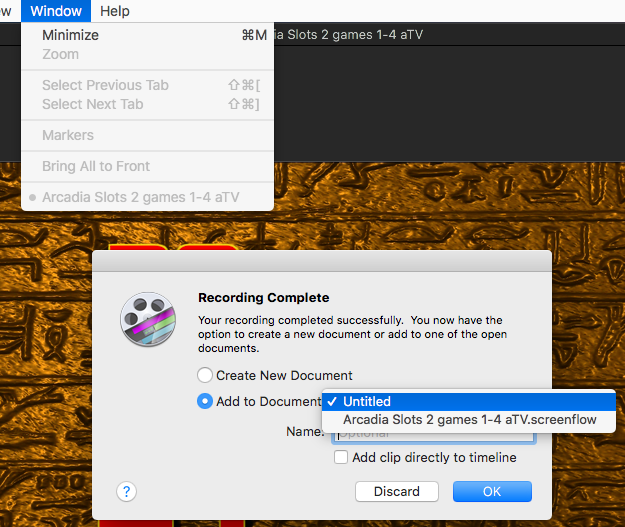