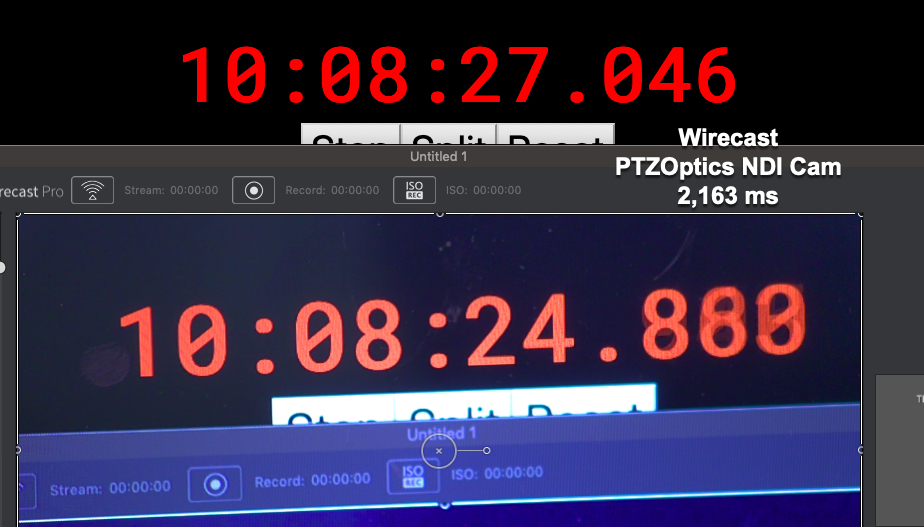 Is anyone out there successfully using PTZOptics NDI camera and Wirecast on a MAC?  I just purchased the NDI key for my SDI PTZOptics camera.   I'm new to PTZOptics and NDI.   But I did have hopes for all the joys that NDI is advertised to bring.  Hopes are falling flat right now.

I'm getting 300 ms + of latency when I first capture the PTZOptics NDI camera with Wirecast.  Then that latency increases by around 3 MS every minute that the camera is connected to Wirecast.  For example, after 10 hours I'm seeing over two seconds of latency.

NDI Video Monitor with the PTZOptics NDI camera is consistently under 200 ms of latency regardless of how long the test runs.

When I use the NDI Cam app on my iPhone into either Wirecast or NDI Video Monitor the latency is consistently under 200 ms regardless of how long the test runs.

A new and clean user was created for my iMac.  Preferences on Wirecast have been reset.  The latest version of MAC OSX, Wirecast, NDI Tools and PTZOptics firmware have been installed.  Every variety of settings I could come up with have been tested.  PTZOptics NDI into Wirecast remains un-usable with its latency increasing by the minute.  I've contacted PTZOptics support and they tell me that if their camera is working with NDI Video Monitor then there isn't much they can do.

Surely someone out there has solved this riddle?