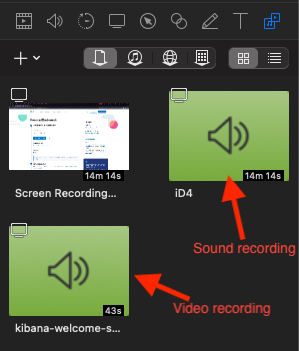 Here it displays an audio thumbnail for something that is actually a screen recording recorded by ScreenFlow itself. This happens very frequently and is a bit annoying.

From my limited testing, it appears that navigating away from this view and back to it resolves it. For instance, in this scenario I navigated to the iTunes Library and immediately back to the Media Library, and then the thumbnails looked as expected. 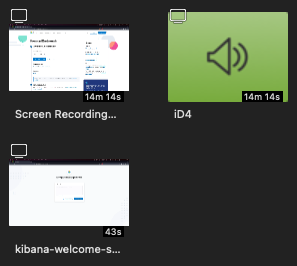 I have had this issue for years across major ScreenFlow versions and different physical computers. I just installed SF on a new MacBook that never had it installed before and the issue occurs frequently.

I am not sure if this has been reported before, but a quick search didn't yield any results. And since it has been happening for years between multiple versions, computers, etc., I suppose not.

This particular example is on ScreenFlow version 10.0.5 and macOS version 12.1 on an M1 Pro 14 inch MacBook Pro. Like I said, this has been happening for years so shouldn't be related to these specifics, but anyway... :-)