Audio out of sync 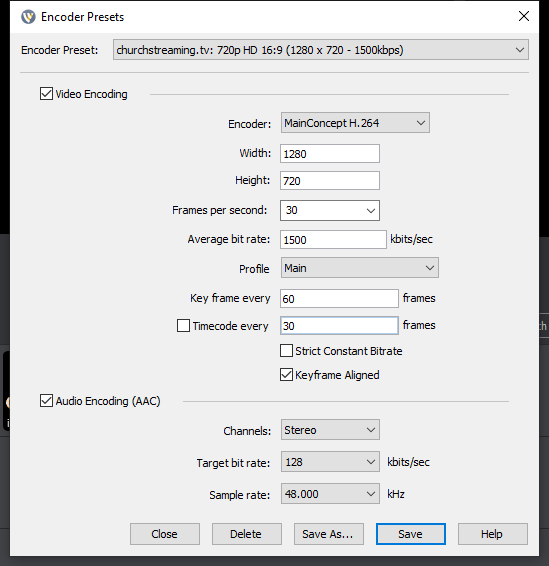 There are 2 SDI cables that connect to the Decklink.

audio is embedded for both feeds

The delay happens with either input, it seems to happen whether we are streaming or not streaming. Restarting the software or the entire PC helps but we can't do that once we start streaming.

The only other piece of software that runs on the machine while WireCast is running is EasyWorship, which is presentation software that we use and send as a screen capture to Wirecast. EasyWorship projects to a second attached monitor and we use WireCast to capture that screen.

We stream to three separate sources. Two of them are to churchstreaming.tv and one to youtube. Again, the delay can happen even before we start streaming. The delay is in the console itself and not just in the stream.

I've been careful to keep WireCast updated hoping that this is an issue with the software but it always happens. I do not know what could be causing it or why it seems to only happen with "Live" video. It does not seem to happen with pre-recorded video either on wirecast or when the TriCaster sends a pre-recorded video. Only Live video from the camera or live video being sent out from the TriCaster The TriCaster sends its feeds out to multiple outputs and no other output has an audio delay so we are pretty certain it's not the TriCaster.