Screenflow losing assets when copying to a different drive

This has happened several times now.  Two different symptoms, one, the asset is just missing.  It should be stored in the screenflow package, but the screenshot shows the name of the missing file, and the contents of the packaged screen flow document, and that asset is no longer there. I copied the folder from a small 2 TB portable SSD to internal storage a few months ago, now the asset is missing (and no longer available from the original).  So the path screen flow is looking for is the original path, the other assets are correctly located in the new location of the document. the path is correctly referencing the screenflow document, not an external location 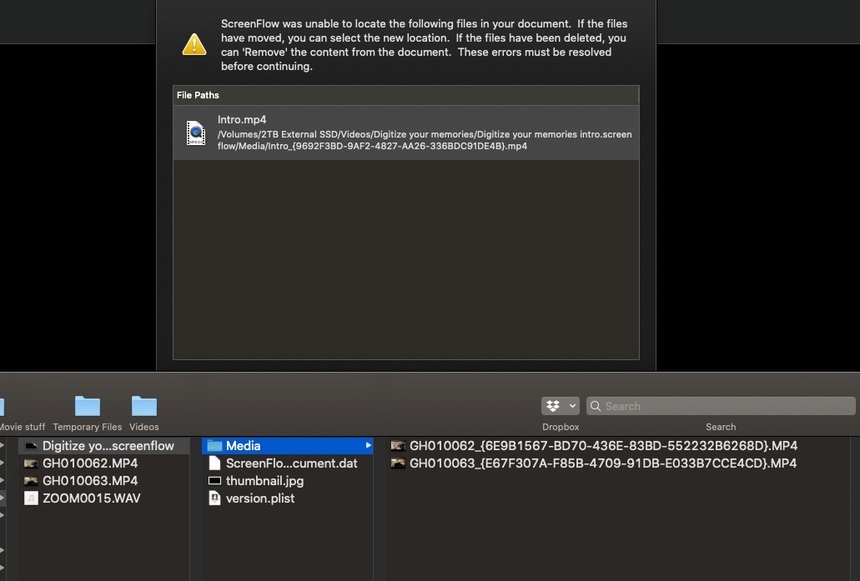 Second example, jpegs have been placed in the project, which should be stored in the packaged screen flow document.  After copying to another drive, they appear as blank objects in the media section.  They still appear in the timeline, but when played the do not show. Screenshot shows the media tab with 11 assets, the screen flow document package only has 6 assets now.  This has been moved a couple of times to different media. 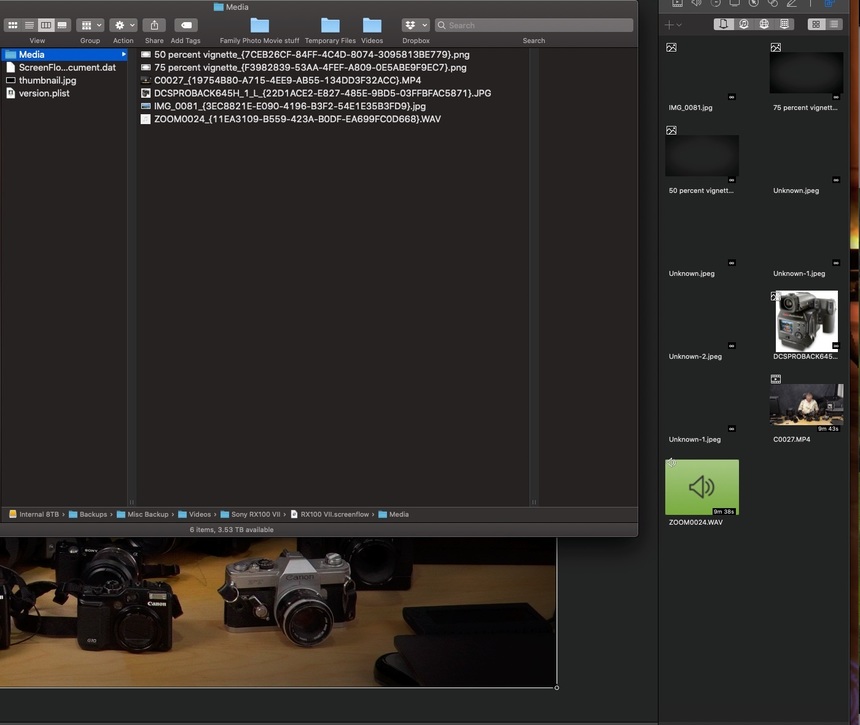 Still trying to figure out what is causing this.  These have been standard finder copies. This has snagged me several times, as I archive a project over to an external storage drive, and when I pull it back suddenly there are missing assets.This has happened under both MacOS 10.14 and now 10.15

I have dozens of archived projects with assets, now I'm worried that most of them have missing elements.

Edit:  I just opened another one one the archive drive, and here the audio track recorded on a Zoom audio record shows up as bing there ... but it's missing from the screenflow document and there is no audio from the track when played. 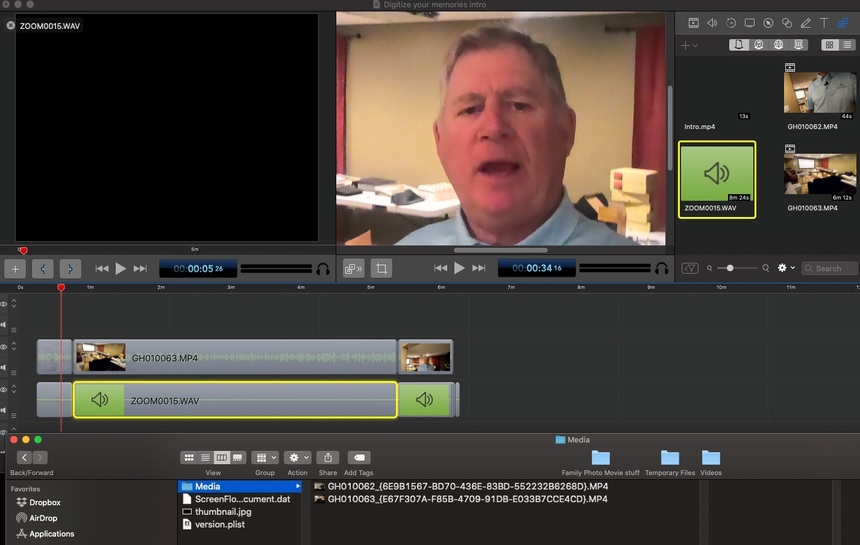