I have a ScreenFlow project whose main components are a screen capture, and a video capture of faces via Camo Studio. It's your standard talking-heads-in-a-corner video, nothing special. We've done a bunch of these, they all work A-OK.

Except this one particular video. 18 minutes in, after a transition to a full-screen super, the frame rate on our heads clearly goes to hell. We get real janky.

I've added a Starting Transition. Removing it makes the problem go away. Changing the default transition from a Cross Dissolve to a Cross Blur, the issue goes away.

I can only infer that there's a weird bug in the Cross Dissolve that's making this happen?

This only happens on export. The editor does not show the issue.

I've uploaded a video showing this segment. It starts 10s before the arrow and continues to the end. 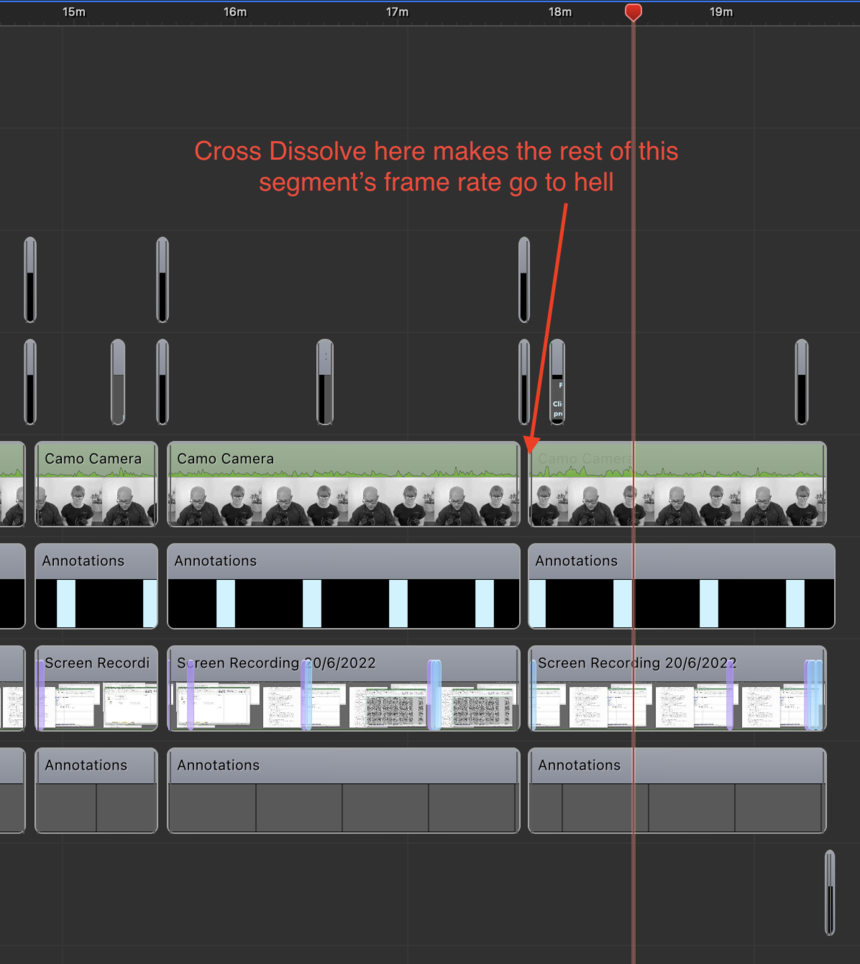