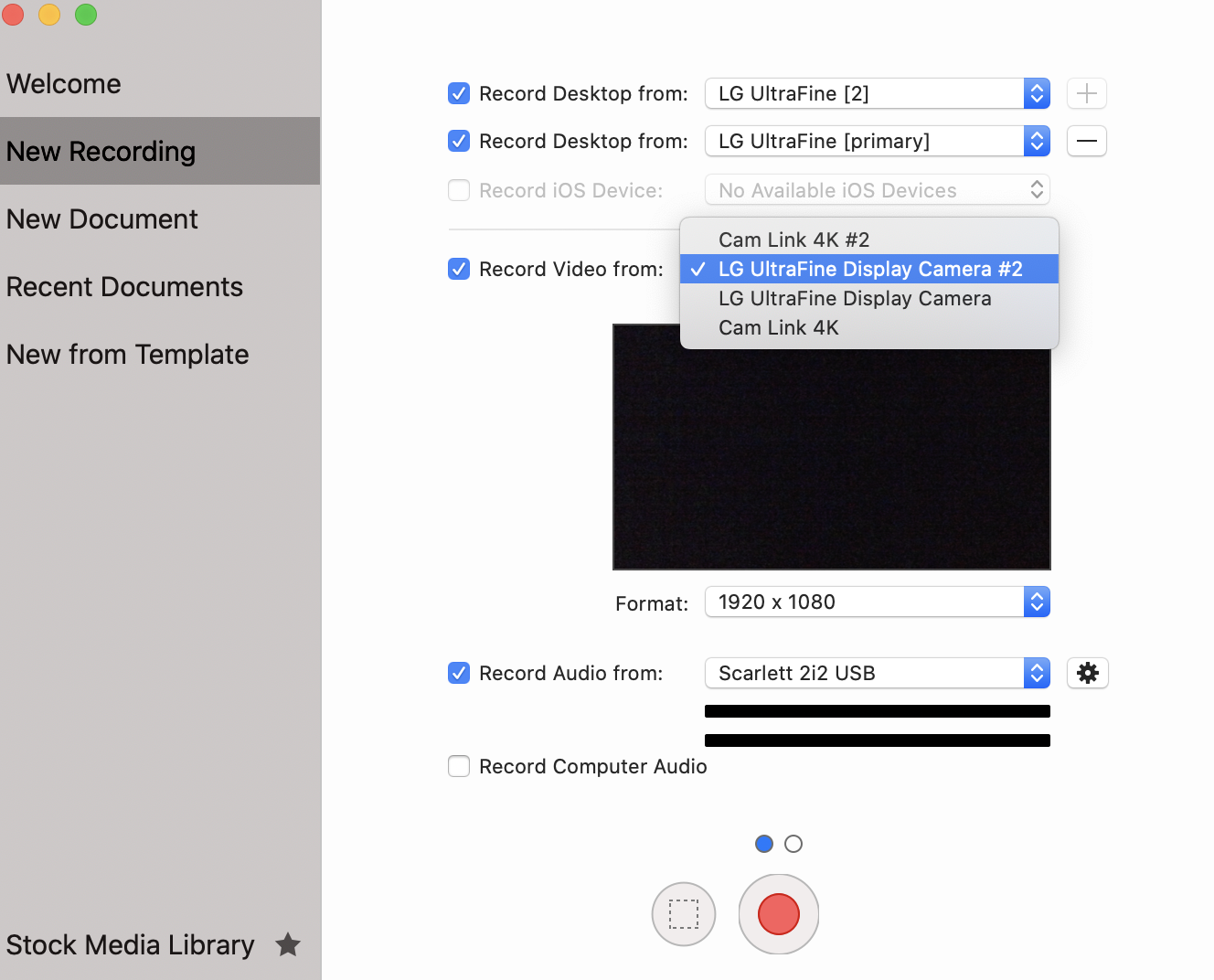 I have two Elgato Cam Link devices and currently use one of them to record video from a compatible Digital Camera.

I would like to set up an additional one to capture an angled view at the same time of recording. This would be a similar functionality as being able to record from multiple screens as seen above in the Record Desktop.