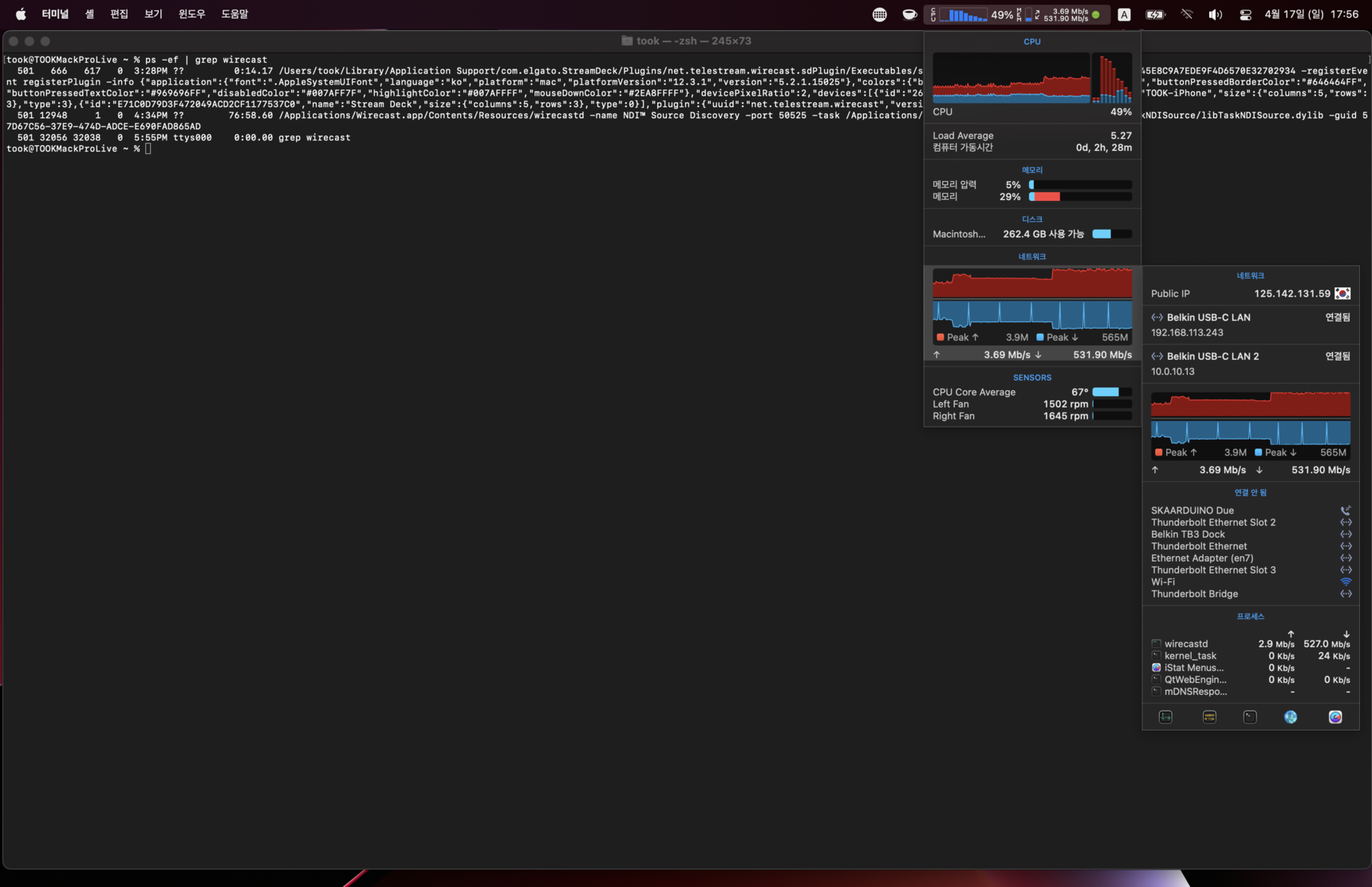 Although Wirecast 15 is terminated, "/Applications/Wirecast.app/Contents/Resources/wirecastd" this process is still running and consumes over 45% of CPU and over 500 Mb/s of network resources.

I just added two NDI camera inputs (1080p30 each) to the blank document. so... It should be around 200 Mb/s. However, I restart each camera from the camera webUI and the network usage is increased.

It seems that "wirecastd" doesn't handle the NDI resouce well...