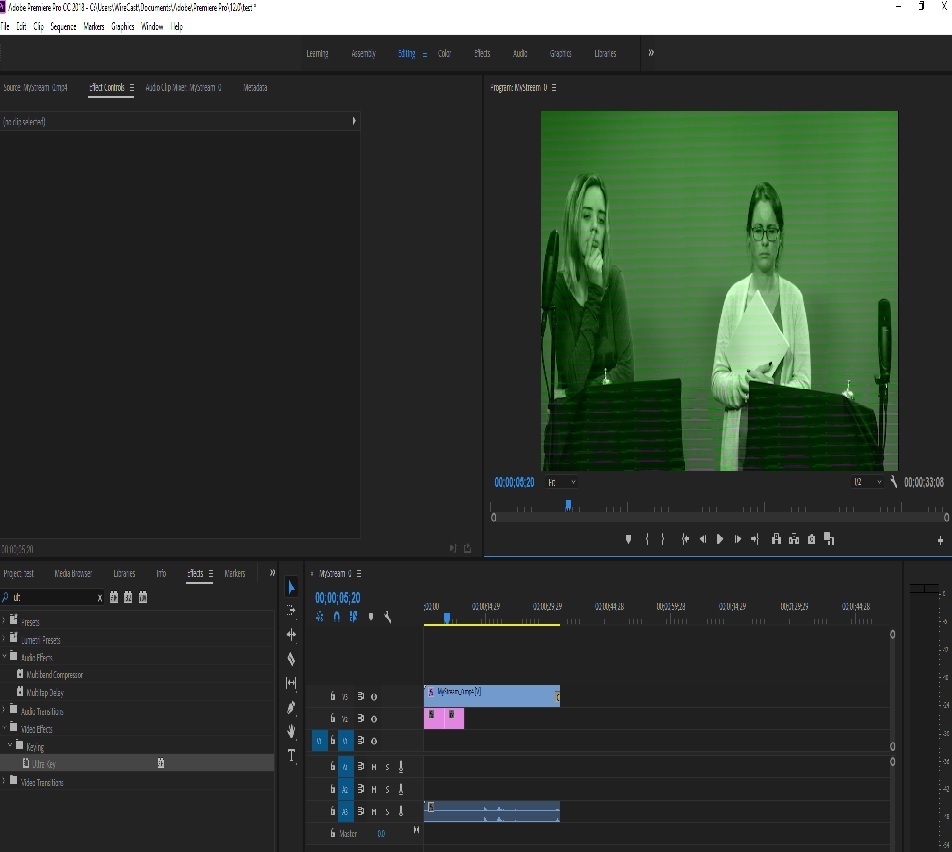 Hi, my college class is getting ready to use Wirecast 10.1.0 with a Wirecast Gear PC to basically record a college game show with a 3 camera setup. We are using a green screen background for all 3 camera shots and my biggest issue has been been a sluggishness when recording and, in the recording, seeing a little bit of sluggishness with people on camera.

I have two monitors, one 4K (RUNNING AT 1080P) where my wirecast interface is and one 1080p native HD monitor with my camera shots output to it, along with the live window.

Any other suggestions? Would the output being on one monitor as opposed to the other have any effect on sluggishness?

Also, if we have to, we can eliminate the green screen keying and we can take the video to Premiere to add the green screen in. The problem I've encountered with that is that Premiere does something weird with the video once imported. I get lines across the video and it. I have included a picture of this. This is not a MJPEG file, rather it is one of the MP4 default video presets at 1080p.

How can I fix this?