We started using both blackmagic SDI output and NDI output and we had issues with the audio dropping in and out if all three (main stream, SDI, NDI) were on the same canvas setting, so now we keep our stream at 1080p, SDI at 720p50, and NDI 720p30, however, these settings are not saved and have to be selected each time we load wirecast. Is this a bug? Or... is there some reason these settings aren't saving?

Alternatively, if anyone knows why our audio drops in and out a few times a second when the canvases are the same, that's be great too :-) 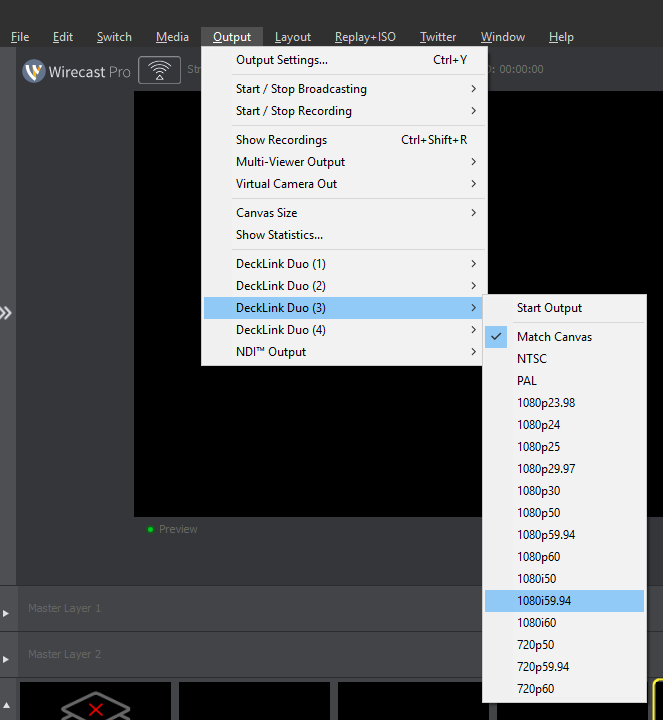