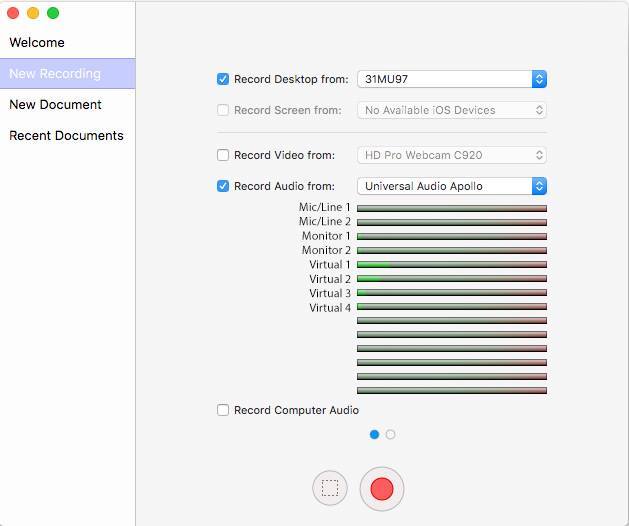 If you want to record multichannel into Screenflow 6 then I've done some tests to figure out if it works.

First thing; despite being told it records USB interfaces, the UA Apollo Twin is Thunderbolt and still works. I've also tested the Apogee Ensemble Thunderbolt which does not work.

If you want to use the UA Apollo Twin then this is how Screenflow 6 routes the audio. (see image above)

I figured out if you want to use separate channels when recording screen cap then you need to first route them to the Apollo's virtual channels. If you turn the faders up on the Apollo Console application then you can monitor each routed output from your DAW. I sent them as separate outputs and did not use the Main outs of the DAW to monitor, but you could if you want.

If you have a larger Apollo you may have access to more channels.