The Wirecast team is pleased to announce a new beta version, Wirecast 9.0! We would appreciate any feedback – positive or negative – that you may have. In this version we’ve redesigned the Add Source Menu and we’ve added streaming to Facebook Live with a User Code. Wirecast 9.0 is also jam-packed with bug fixes and improvements! Please remember that this is a beta version and is not a representation of the final quality of the product, it could potentially have bugs and should not be used in a production environment.

Link to PDF version of the release notes. 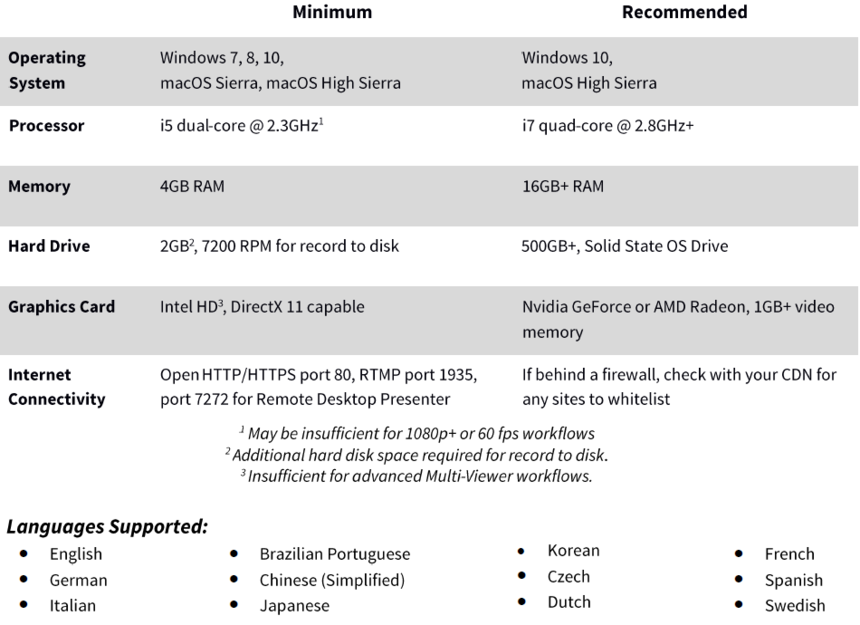 Wirecast Rendezvous uses WebRTC technology that can be very resource intensive. For the best experience, we suggest considering the following table when choosing hardware:

Failure to ensure the available disk write speed is greater than the highest expected total data rate may result in frames being dropped from recordings (ISO, Replay, and Record-to-Disk).