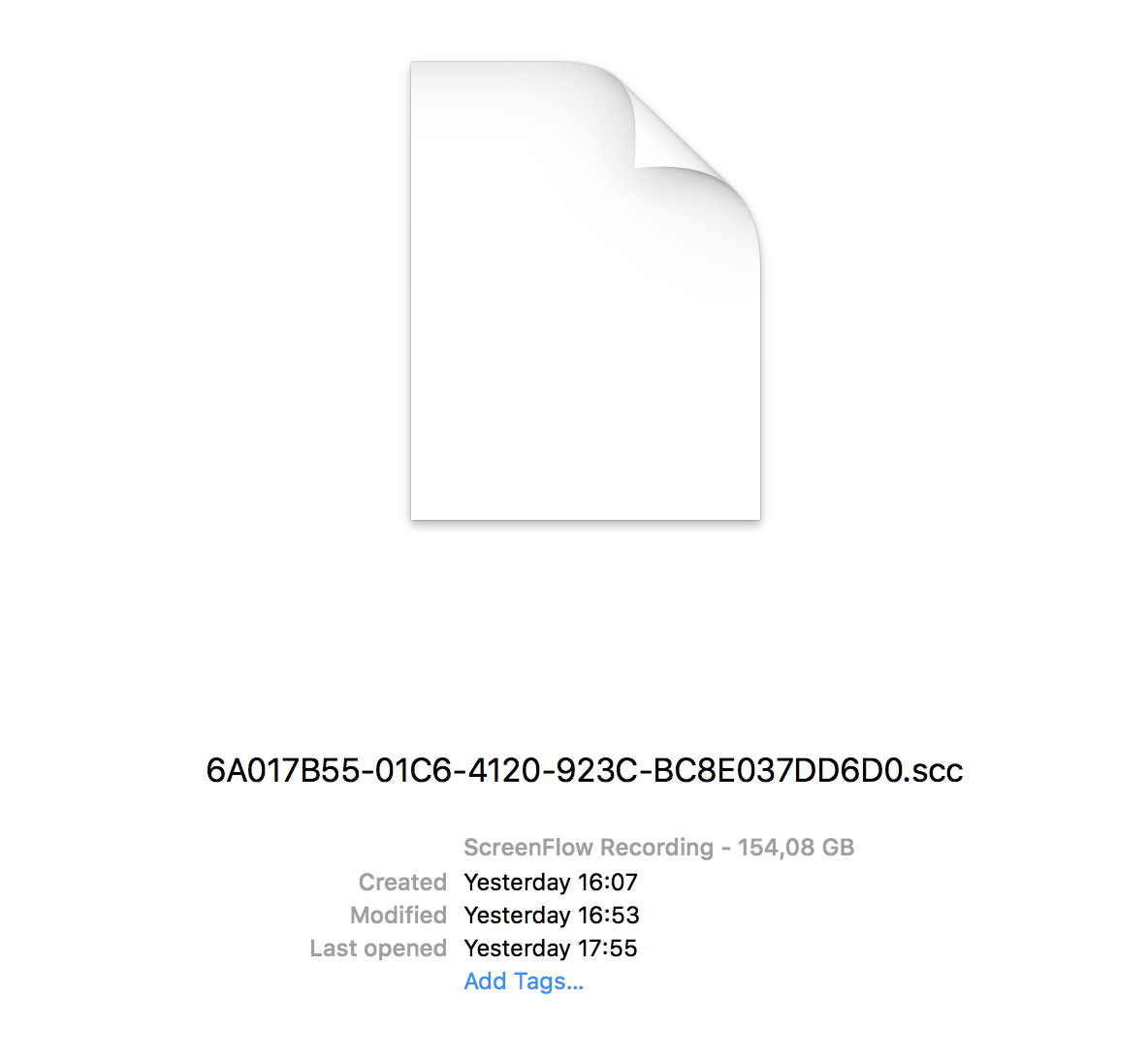 Now I've been reading / searching for a while on this and have seen a few similar problems, but never a resolution, so I thought I'd try again.

Essentially I had a program crash whilst recording and have managed to find the .scc file in the OS temp.

Now the project was never saved (since I had to force quit Screenflow at the time) so I only have the .scc file.

Only problem is that when I open the .scc file there is no media on the timeline, just a blank project. This is very strange since the file is 154gb — a 40min recording.

I am using El Capitan and Screenflow 6.2

Are there any know fixes to 'unwrap' an .scc file? Surely the media must be there somewhere when the file is that size?

Any help would save my life.