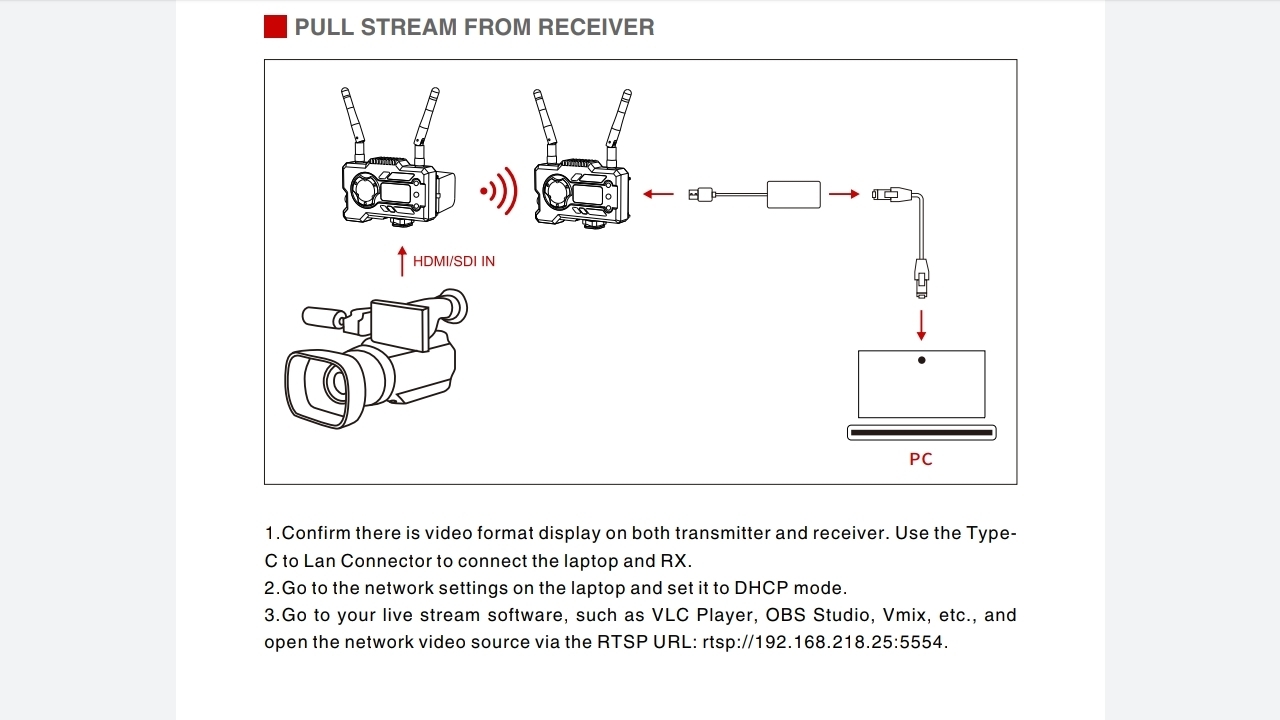 Hollyland 400s pro is a new product that I've been looking at and trying to get clarification if it will work with wirecast. There is little info but hollyland recommends connecting usb type c to lan adapter. It appears as if it can be added in wirecast as an rtsp source. Will this work or is there anything I need to be aware of? I've never done this before? Also as far as the usb type c to lan is there any particular devices supported by wirecast? TIA