The Wirecast team is pleased to announce a new beta version, Wirecast 9.0 Beta 2! We would appreciate any feedback – positive or negative – that you may have. In this version we've teamed up with P.I. Engineering to add support for a new USB controller, XKeys 128. This controller includes direct selection of 12 sources on five layers, transition controls and much, much more. Additional information on this controller can be found on their website. 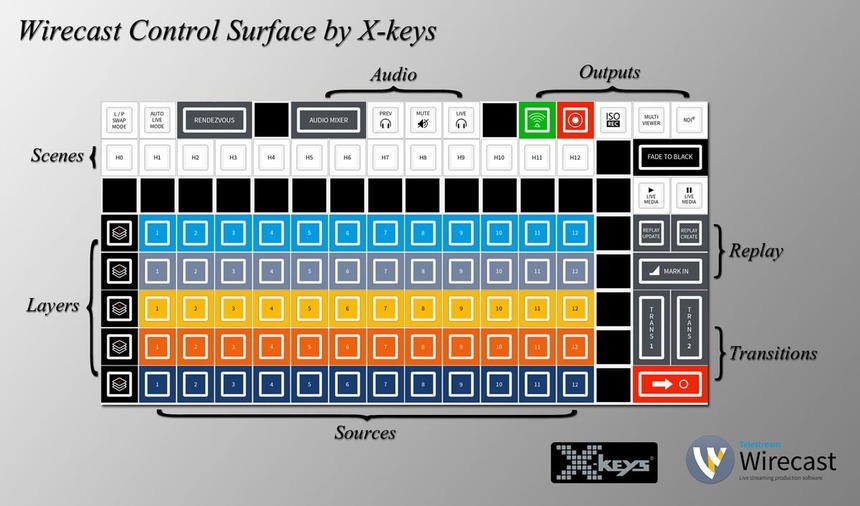 PDF version of these release notes can be found here.